DiarySix inventions by women that make your life a lot easier

Six inventions by women that make your life a lot easier 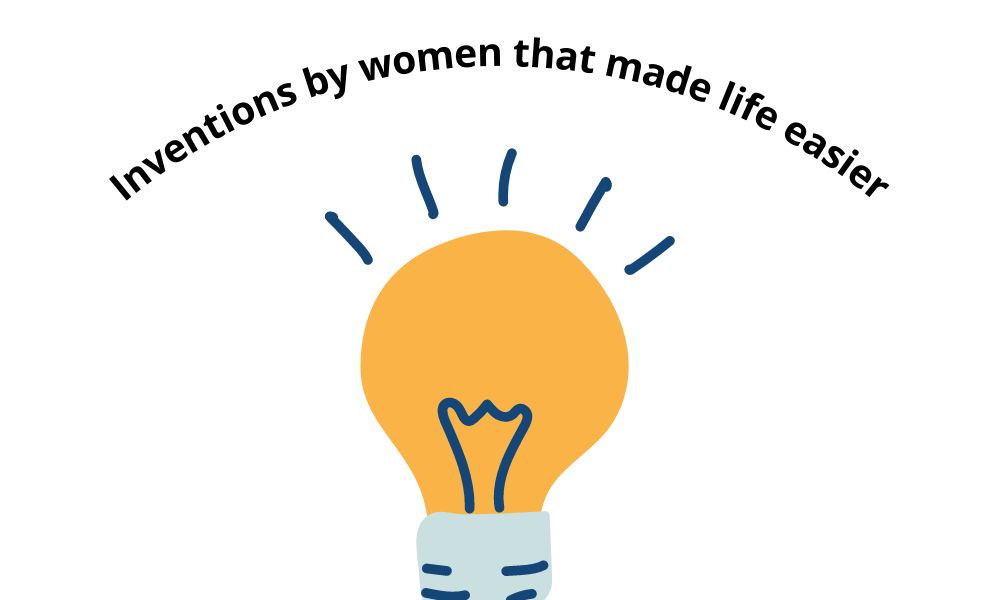 Women are incredible! They perform so many roles in our day-to-day lives.

Yet women from across the world face discrimination when it comes to health, education, home, and the labor market.

Women, despite overcoming previous barriers in their personal and professional spaces still face some sort of bias in their everyday lives. According to UNDP, close to 90% of men and women are prejudiced against women. Nearly, 28% think it is justifiable for a man to beat his wife. These stats were collected from 75 countries, covering over 80% of the world population. (Read the entire press release here).

Many inventions by women have been credited to men throughout history. This Women’s Day, we celebrate some women’s inventions that have made our lives easier!

She made a breakthrough when inventing a device that was meant to “blocked enemy ships from jamming torpedo guiding signals” during World War II. [change blocked to block] The Bluetooth feature in our phones uses this technology for wireless communications.

A documentary film based on Lamarr’s life, “Bombshell: The Hedy Lamarr Story”, was released in 2017.

Mary Anderson was an American real estate developer and inventor. In 1903, her invention of the automatic car window cleaning device controlled from inside the car was patented. This wasthe windshield wiper.

Mary reportedly thought of the invention while she was traveling to New York City in 1902. She saw that the driver of the streetcar had to go out and keep the snow off the windshield, and decided to do something about it

Did you use your dishwasher today? You have Josephine Cochrane to thank for that convenience

While Joel Houghton in 1850 and L.A. Alexander in the 1860s were granted patents for the dishwasher, neither of the models was effective.

It was Josephine’s idea to use water pressure instead of scrubbers to clean the dishes. She received her patent for the invention on December 28, 1886.

Marie Van Brittan Brown was a nurse living in Jamaica, Queens – a neighborhood with a high crime rate. Frustrated with slow police response, she invented a video and audio security system with the help of her electrician husband.

The couple patented the idea in 1969, and Marie received an award from the National Science Committee.

She was also the first woman to in science from an Indian university.

She has published 400 papers in national and international journals and was awarded the Padma Bhushan in 1975.

Shirley Ann Jackson was the first African American woman to earn a doctorate from . Her research helped make a breakthrough in telecommunications. She is a major reason we have caller IDs, fiber optic cables, and portable fax.

Our spectacular women innovators are a gift to us. Let us cheer for each one them, across ethnicities, religions, countries, and orientations. Without them, modern life would be completely different.