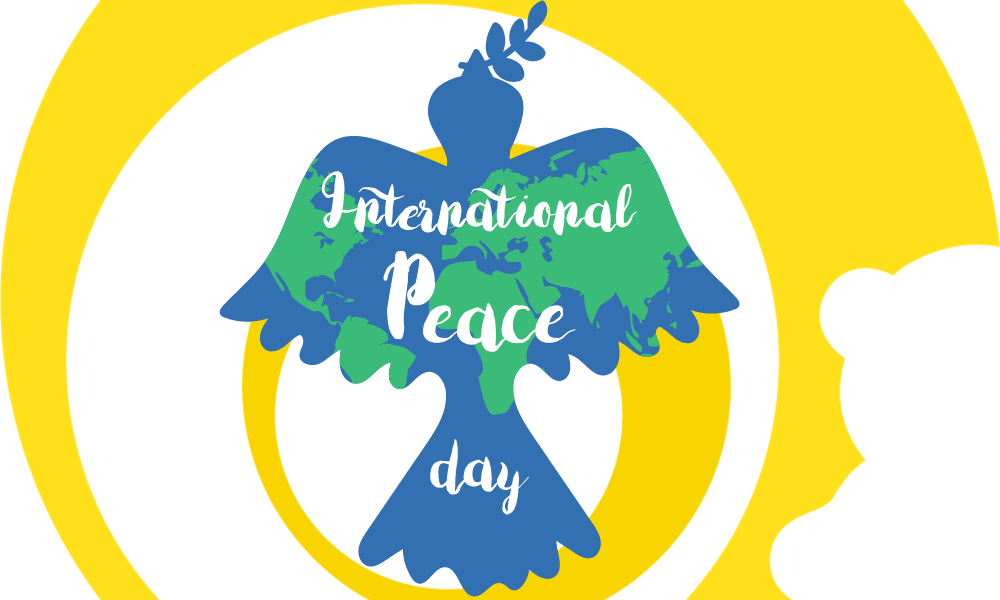 Each year the world observes the power of peace by celebrating the International Day of Peace.

The UN General Assembly has declared this as a day devoted to strengthening the ideals of peace, by observing 24 hours of non-violence and cease-fire.

The day aims to promote an understanding among individuals, communities, and nations to strengthen international cooperation and build a more peaceful world.

The United Nations General Assembly has stated that “Peace must be understood as the progressive realization of human rights, equality and social justice in all countries.” The International Day of Peace is an opportunity for people to put aside their differences and work towards a better world.

The designated theme for International Day of Peace is “End Racism. Build Peace.”

The UN is joining efforts to work towards building a world free from racial discrimination where compassion and empathy towards our fellow beings overcome our hatred and prejudice.

Racism harms more than the individual who experiences it. It harms entire communities and the society at large, by creating barriers to opportunity, and making it an experience reserved for the few.

The problem with racism is that it is not always obvious. It can be hidden behind a smile or a compliment. It is only when one becomes a minority that this is fully understood.

To fight these issues, we need to make people aware of these problems and the consequences they have on society. We need to show them the harm caused by racism to change their mindset.

The fight against inequality is not a new one. It has been going on for the past century, but it is still a fight that needs to be won. We must acknowledge the existence of this problem and then work towards solving it.

There are many inequalities in the world. One of the most obvious ones is gender inequality. Other inequalities are based on race, religion, age, and ethnicity. All of these can lead to people being treated unfairly or discriminated against. Sometimes, they lead to violence in one community against another.

It is important to fight inequality because it can lead to a lot of problems in society. For example, less privileged people might drop out of society because they cannot access opportunities. This can lead to them feeling like they are less of a person and inferior to others. They might resort to crime or develop resentment towards the people around them.

We must make sure that we do not perpetuate these inequalities by continuing to make assumptions about people based on their race, religion, age, or ethnicity. We should also be aware of how inequality can affect our interactions with others and try to be more inclusive.

We need to be more aware of what this means for future generations and how we need to start working on fixing this problem now before it gets too late.

Peace is the absence of war, violence, and hostility. Peace can be both a mental state and an observable fact. It is a state of mind that leads to empathy and compassion for others.

Peace is freedom from fear. But peace can also be defined as an action or process of making or becoming tranquil or calm, the establishment or maintenance of peace in a region, country, or institution, freedom from disturbance by noise, confusion, and conflict, a condition free from war or conflict, the cessation of hostilities between countries, the act of settling differences by negotiation or agreement, and reconciliation.

The Peacebuilding Commission (PBC) is a United Nations body that was established in 2005. It is composed of representatives from the five Security Council members and the ten non-permanent Security Council members. The PBC’s primary goal is to promote peace and security, prevent conflict, address post-conflict situations, and support international peacebuilding efforts.

The PBC works on prevention, mediation, post-conflict reconstruction and peacebuilding. It supports countries in achieving sustainable peace by addressing the root causes of conflict through the following:

We need to work together to ensure that the International Day of Peace is respected by everyone in the world.

To build peace, it is important to have a clear understanding of the different causes of conflict. We need to educate ourselves about economic inequalities, political repression, social injustice, and cultural discrimination.

At SmartHug, our efforts are to bring people from all over the world together to build a society that is filled with love, compassion, and fairness.

American actor and WWE superstar John Cena is a re

Wish you all a Happy & Prosperous New Year. #Happy

May the magic of the Christmas season fill your ho