DiaryMotherhood or Creativity: Why choose?

Motherhood or Creativity: Why choose? 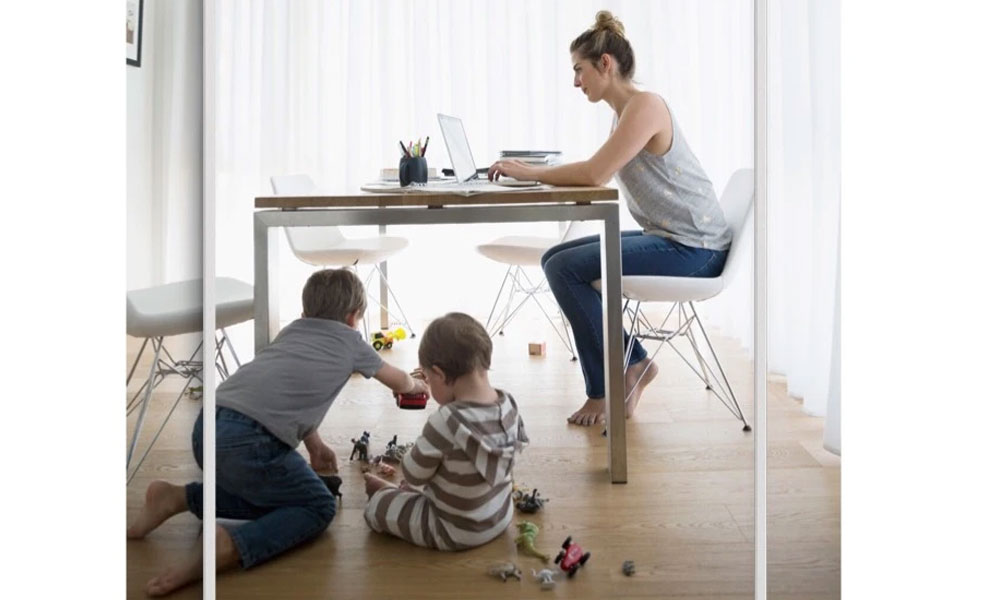 I have always wondered the beautiful creation of concept called motherhood. It is a blessing to us all. But understanding that motherhood should come with a price is quite impossible. Does it really have to be an either/or situation? Can’t women have both, if they want to?

Multiple times I have heard this, “You mustn’t have kids if you want to be taken seriously about your career.”

“No one will hire you if you get pregnant.”

Why do women have to deal with this in 2021? This is the age of have-everything. Why are women not allowed to enjoy it all?

There are multiple debates that talk about pros and cons of choosing either a career or motherhood. I ask you, “Is becoming a mother curtailing our creative mind?” Are women today able to keep their creative identities intact even after having children?

Such are the awkward questions every creative woman faces at some stage in their lives. This makes me wonder if it is, at all, possible to keep the right balance among both identities – a creative career and a loving mother. The answer suggests an inherent incompatibility between the two, and I think it reflects the conservation attitude of societal norms.

Nobody is expecting this balance from the men artists, are they?  We have not heard of a male artist wondering whether they should choose a child over a career.

In fact, some cultures believe that it takes a village to raise a child. It is clearly not an easy job. Childcare is a full-time activity and requires intense energy and dedication.

Once a woman dons the role of a mother, she signs up for the full-time responsibility of being a chef, housekeeper, conflict-resolver, chauffeur, laundry-in-charge, party planner, counselor, and general manager. The list goes on. We can’t deny that many dads are happy to share the responsibility, but surveys show that American working moms are still completely responsible for childcare in more than half of the households.

Despite managing this mammoth responsibility, is it fair to ask women that they are any less creative or productive than a male counterpart at their job? The answer is no. Studies have proven that motherhood, as an experience, gives one the power to gather one’s inner energy and channel their natural talents.

Prof. Anna Abraham, at Leeds Beckett University, agrees that there is an undeniable level of stress that could cause tensions and lack of focus during the maternal struggle. However, it’s not the end of the road. History knows your mother did it, and so can you! Seriously, what’s the fuss about? Why should professional women be brought under the knife of criticism about the decision to start a family?

Let me ask you tough question.

How does one foster creativity? A simple change of perspective is all.

Motherhood makes one looks at things differently. Being a mom allows one to have a different viewpoint for both old and new situations. A new side of the individual unfolds. All this can be very useful for creative power.

A famous study on mother rats, whose brain is quite similar to a human mother’s brain, explains the beneficial changes within the neurology of women (rat or human) after giving birth. As soon as a rat becomes a mother, she is automatically bolder and feisty. She would prioritize hunting during the day instead of night, even if it is dangerous because her babies would need her at night. She captures her prey four times quicker than before as she has no time to waste. Her brain’s sensory and motor neurons have honed. In fact, even after her babies grow up and handle themselves, a mother rat continues to improve neurologically. She is better than non-mothers in every aspect. For example, motherhood lowers her chances of memory decline, better navigation skills in puzzling areas. All in all, she makes fewer mistakes. She becomes better at handling tasks with exceptional problem-solving skills and such changes are absent in non-mothers.

So, what would you call motherhood? Power or weakness.

Society must change their way of looking at things. After all, mamas are the present, and they shall raise the future.