DiaryEnvironmental issues we need to tackle in 2022

Environmental issues we need to tackle in 2022 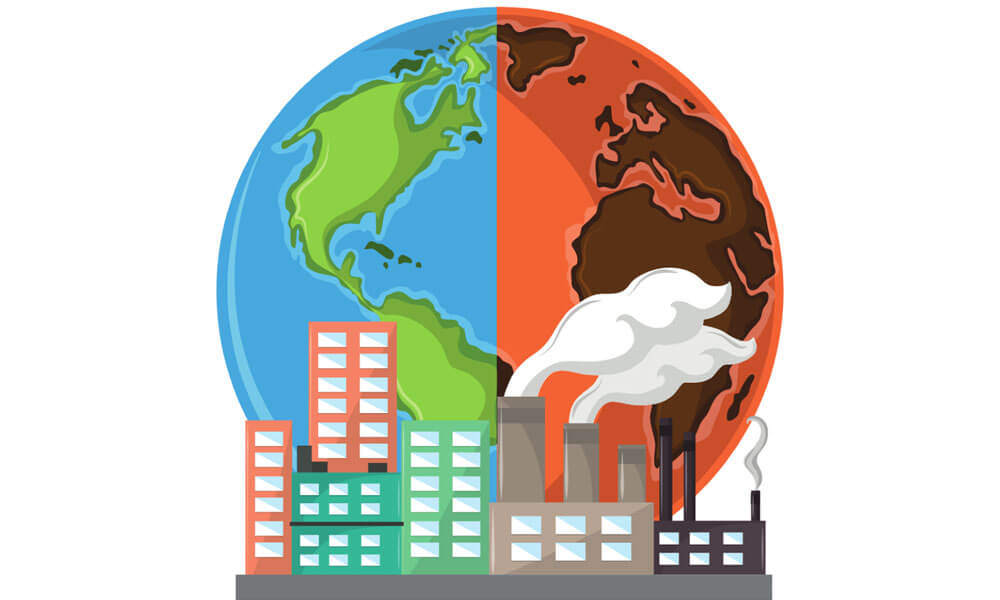 Climate change is one of the most urgent crises of our time. It is happening faster than we thought, and nobody is immune from its devastating effects.

Some of the well-known consequences humans face include the following:

New and efficient technology can help in creating a cleaner world. R

Our goal should be on improving agricultural practices and conservation of land. If we come together, we can achieve a greener future and restore environmental balance on the planet.

But if we want to achieve our goals, we must understand the problems the planet is going through right now.

Here is a list of the biggest environmental problems we need to tackle:

Oil, gas, and coal production leads to the release of massive amounts of CO2 into the air. It produces record-high greenhouse gases. (Read the Emissions Gap report 2019 here).

The glaciers and polar ice caps are melting faster than expected. They are raising the risk of causing a rise in sea levels. More than 60 percent of world cities are in areas at risk of sea level.

Many greenhouse gases (GHG) occur naturally. Human activities increase the concentration of greenhouse gases in the air. Some of the gases are carbon dioxide, methane, fluorinated gases, and nitrous oxide in the air. Deforestation, livestock farming, and using nitrogen-based fertilizers cause a rise in emissions.

The plastic industry accounts for 6 percent of global oil consumption. It is expected to reach 20 percent by 2050. The production of plastic generates a massive amount of greenhouse gases. When plastic is not disposed of well, it emits greenhouse gas when exposed to solar radiation.

South Asian countries dump nearly 26 million tons of plastic every day. While only 9 percent of the plastic is recycled, the rest is dumped in the natural environment. Most of the plastic generated by the world lands up in the ocean where it emits methane and ethylene.

Rapid glacial melting in Antarctica and Greenland influences ocean currents. As the ice caps continue to melt, the sea level continues to rise.

Greenhouse gases emissions have raised temperature, resulting in the melting of ice caps and glaciers. If we curb emissions in the coming years, by 2100 more than one-third of the world’s remaining glaciers will melt. 95 percent Arctic’s ice is already gone.

Rising sea levels increase coastal erosions and elevate storm surges. The Greenland ice sheet is disappearing four times faster than it was in 2003 and contributes to 20 percent of the current sea-level rise.

The sea ice in the Arctic is melting twice as fast and is eliminating the effects of previously cooled poles. The glacial melting of Antarctica and Greenland is changing the circulation of the Atlantic Ocean and is linked to the collapse of fisheries in the Gulf of Maine.

As sea ice melts and warms the oceans, the ocean current will disrupt weather patterns worldwide. Coastal communities will face frequent flooding and intense storms. In the Arctic, wildlife animals like walrus and polar bears are losing their habitat.

From 2008 to 2017, we have dumped 40 gigatons of emissions of heat-trapping gases in the atmosphere.

The oceans have absorbed nearly 29 percent of global CO2 emissions since the pre-industrial era. Surface water is now 30 percent more acidic, and the acidification is happening at a faster rate than in the last 66 million years.

Ocean acidification combined with coastal erosion and melting ice caps is posing a real threat to the survival of marine species. It is detrimental to species like clams, crabs, phytoplankton, and corals.

Shellfish fisheries are experiencing the blow as well. Ocean acidification is affecting the crab population on the Pacific Coast of the United States. The fisheries segment is already taking a blow to the local economies.

The fashion industry is one of the biggest contributors to the climate crisis. It emits 1.2 billion tonnes of CO2 every year. It is also responsible for 5 percent of the world’s GHG emissions.

Synthetic fibers like polyester and nylon are derived from fossil fuels. An estimate of 342 million barrels of oil is used in the production of synthetic fibers.

Due to the high affordability of fashion clothing, the trend quickly comes and goes. Nearly 57 percent of all discarded clothing ends up in landfills and emits methane. Fiber production uses many pesticides and fertilizers which reduce the biodiversity and fertility of the soil.

The fashion industry is responsible for consuming large quantities of water. 95 percent of annual use of water for irrigation is alone responsible for cotton. The fast fashion and textile industry have resulted in a 7 percent decrease in local groundwater and drinking water globally.

The evidence of the climate crisis is irrefutable. The world is already 1.2 degrees Celsius warmer than before. Any further increase in global temperatures will result in intense droughts, frequent floods, more wildfires, and storms.

We will have to act now to save ourselves and future generations. What do you think are the best solutions to the climate crisis?